The Samsung  Galaxy S10 launched earlier this year and is certainly regarded as one of the best flagships the firm has ever made.

With a swathe of new features, this device may have already got its rivals concerned but now there’s more news which surely won’t please some of the competition.

That’s impressive stuff but things could get even better with Samsung boasting that it hopes to have sold a whopping four million 5G phones by the end of 2019.

The news was announced at the IFA technology show by JuneHee Lee, senior vice president and head of the company’s technology strategy team.

And it shows that Samsung is leading the way when it comes to 5G.

The firm already has its Galaxy S10 5G and Note 10 5G on sale and the new Galaxy A90 5G will hit stores soon with that phone offering faster downloads at a cheaper price with many expecting this device to cost under £700.

Then there’s the radical Galaxy Fold which will finally become available later in September.

This device not only brings a bendable design to pockets but also allow users to download files and stream content at much better speeds via 5G.

Meanwhile, some of Samsung’s biggest rivals, including Apple and Sony, are yet to announce any smartphones that can access this blisteringly fast technology.

And even firms that have released 5G devices aren’t offering the same choice as Samsung’s ever-growing portfolio. 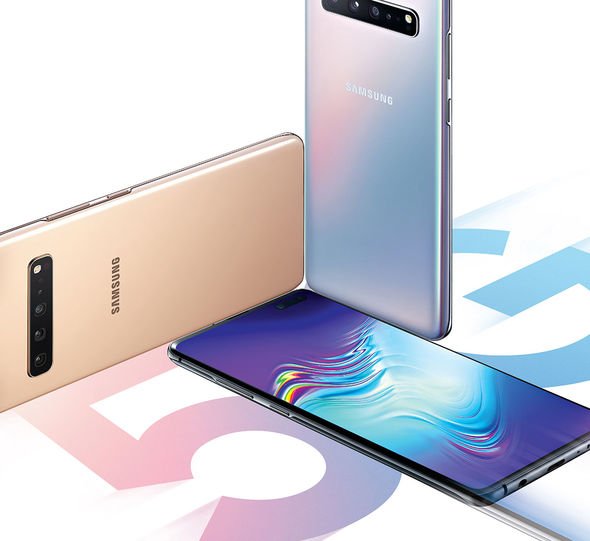 5G is the future of smartphone and it seems Samsung has the upper hand on almost all of its rivals.

In the UK, all of the biggest networks are launching 5G with EE, Vodafone and Three already beaming this new technology to customers.

O2 will join the party next month with its launch and things are set to get better and faster over the next 12 months.

In a statement Samsung’s JuneHee Lee said: “Here at Samssung Electronics, we believe in innovating to defy barriers. When it comes to our mobile devices, we offer consumers uninterrupted experiences that unlock their potential, improve their lives, and flow seamlessly and continuously wherever they go.

“Today, more than two million consumers around the world can connect to 5G networks using Samsung smartphones. And we expect that number to more than double by the end of the year.” 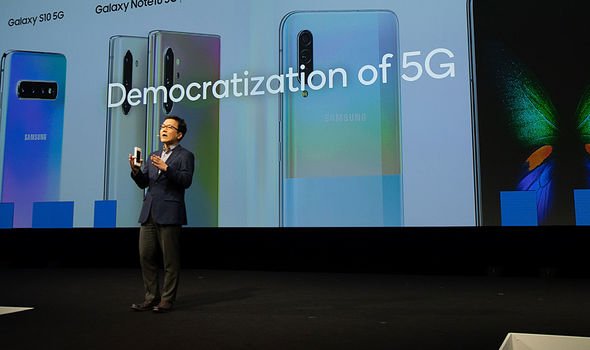 Depending on where you are in the country it’s possible to get an average 4G speed of around 20-30Mbps.

That’s as fast as most fixed-line broadband and would allow you to download an HD movie in around 20 minutes.

It’s also very likely that some users will experience speeds nearing 1Gbps with an HD movie downloading in under 40 seconds.