The prominent changes from the iPhone XS are that the models feature a new triple-lens rear camera system and the new A13 Bionic chip. The iPhone 11 Pro is Apple’s first iPhone to feature a “pro” designation, which was previously reserved for larger Apple products. The model is the first iPhone to include an 18W fast charger in the box and a Lightning to USB-C cable allowing connection to current Mac computers. 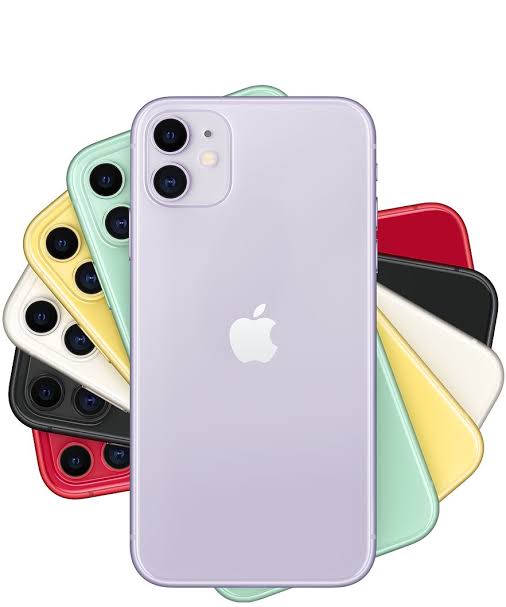 The iPhone 11 Pro is available in Gold, Space Gray, Silver, and Midnight Green, a new color previously not available on iPhones.  Similar to the iPhone XS, there is a display cutout at the front that includes the 12MP TrueDepth camera system and speaker. There is also a new rear camera design with three cameras and a flash in a larger, square-shaped bump, which is the most visible difference compared to the iPhone XS. The Apple logo is now centered on the back of the device with no text, and the glass has a frosted matte finish, unlike the glossy finish found on the 8/8+, X, XR, XS/XS Max and 11.

The iPhone 11 Pro and Pro Max both have an A13 Bionic processor. Both phones have three internal storage options: 64 GB, 256 GB, and 512 GB. They also both have 4 GB of RAM. Both models are rated IP68 water and dust resistant and are resistant for 30 minutes in a depth of 4 meters. The warranty does not cover any water damage to the phone. Also, like previous iPhones, both phones do not have a headphone jack and come with wired EarPods with a Lightning connector. The iPhone 11 Pro is the first iPhone to be sold with an 18-watt fast charger in the box as opposed to the 5-watt charger in the iPhone 10 and previous iPhones 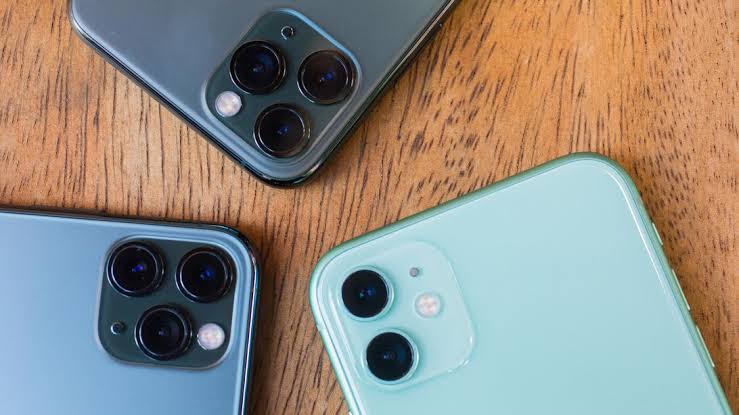 The iPhone 11 Pro and Pro Max both include a triple-lens 12MP rear camera array. There is one f/2.4 ultra-wide-angle lens with a 120-degree field of view and 2x optical zoom out, one f/1.8 wide-angle lens, and one f/2.0 telephoto camera with 2x optical zoom in. The iPhone 11 Pro supports 4K video up to 60 fps and 1080p slow motion at up to 240 fps. The phone also features an audio zoom feature which focuses audio on the area that is being zoomed in on. All of the cameras support video although only the wide and telephoto come with Optical Image Stabilization. It supports a Portrait Mode supporting depth control and an advanced bokeh effect. The phone also has an automatic Night Mode allowing the camera to take brighter pictures with reduced noise in low light environments. There is also a redesigned camera app that adds new features such as a scroll wheel for choosing between the different lenses and long-pressing the shutter button to take a video. Apple has also announced a new Deep Fusion feature which will take advantage of AI and machine learning for image processing.

Both models also have a 12MP TrueDepth front camera with an f/2.0 aperture. There is a burst mode, image stabilization, HDR and a portrait mode with supporting an advanced bokeh effect. The frontal camera also supports stabilized 4K video recording up to 60fps. Apple has added slow-motion video recording to the front camera in 1080p at up to 120 fps, a feature which Apple refers to as “selfies“. Similar to previous iPhone models, the TrueDepth system is also used for Face ID and Animoji.

Media says iPhone 11 cameras open up possibilities for shooting that have not been on iPhone before, especially when it came to taking wide-angle portraits and improved portrait-mode shots.

The front and back camera can be used simultaneously, allowing the taking of two photos at the same time.

The iPhone 11 Pro and Pro Max are initially shipped with the iOS 13 operating system. The phone also comes with Siri, Face ID (through the TrueDepth camera), Apple Pay, and supports Apple Card.