AT&T to launch consumer 5G next month with maps

AT&T 5G is finally here. The company today said it will soon join its three main competitors in offering 5G wireless service to consumers. AT&T has provided 5G to businesses for some time, but will make the faster network technology available to consumers at no extra charge over the next few weeks. The launch is nuanced in terms of where 5G will launch, what type of 5G technology will be used, and what devices can access 5G.

Android Authority has all the details you need to know about AT&T 5G and how it compares with Sprint, T-Mobile, and Verizon Wireless. 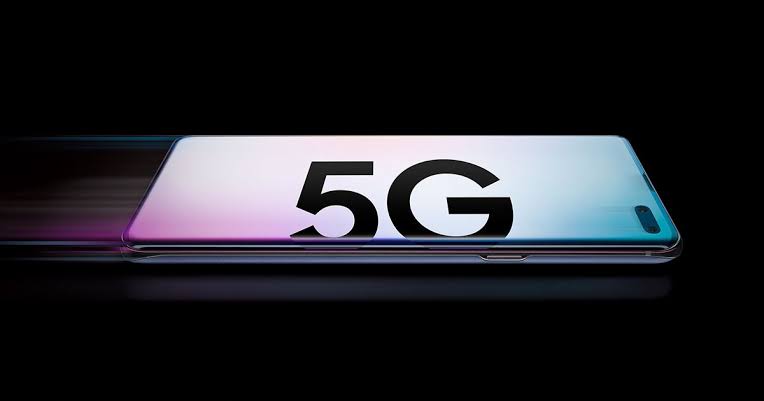 AT&T is not making it easy for consumers to understand what type of service they have access to. The company continues to refer to its 4G LTE-Advanced network as ‘5G E.’ These service areas, which are fairly large at this point, provide fast LTE service to compatible devices and will provide fall-back service to 5G-compatible devices where real 5G isn’t available.

The company is using the term 5G to describe its sub-6GHz network, which is what it’s launching next month for consumers. Sub-6GHz is sometimes referred to as mid-band (although AT&T calls its service low-band). AT&T says its sub-6GHz 5G service will reach about two miles from cell towers and is good for rural, suburban, and urban areas — essentially what we’re used to with today’s 4G networks. Sprint’s 5G network is deployed on mid-band/sub-6GHz spectrum as well.

AT&T is leaning on the term 5G+ to refer to its mmWave service. AT&T’s mmWave 5G has a range of about 1,000 feet from the cell tower. The company doesn’t say that line-of-sight is required for a connection, but that’s been our experience as we’ve tested other mmWave-based 5G networks, such as that of Verizon Wireless. The mmWave service will be reserved for areas where a lot of capacity is needed, such as inner city areas, stadiums and arenas, universities and colleges, and shopping centers like your local mall. mmWave is great for capacity and speed.

For the time being, AT&T expects consumers to rely mostly on its sub-6GHz service while businesses stick with the mmWave service they’ve been using for the past year.

AT&T 5G will light up in five markets over the coming weeks, says the company. These include Indianapolis, Pittsburgh, Providence, R.I., Rochester, N.Y., and San Diego. Not too long after that, AT&T 5G will hit Boston, Las Vegas, Milwaukee, New York City, San Francisco, Birmingham, Ala., Bridgeport, Conn., Buffalo, N.Y., Louisville, Ky., San Jose, Calif., and others. AT&T said this second wave of launches should be completed by February 2020, and confirmed that it is on track to offer nationwide 5G by mid-2020. AT&T is providing one thing at launch that its main competitor, Verizon Wireless, did not: Maps. AT&T is publishing coverage maps for its 5G service in the launch markets so customers will know where they can expect to access 5G. Sort of.

The maps look really robust, with entire metropolitan areas covered almost completely with 5G. When asked, AT&T said the specific level of coverage depicted on the maps may not actually be available until February 202o — even for the initial five markets. In other words, its maps don’t provide the current level of coverage and instead offer a look at future coverage. Good luck finding a signal.

By the way, these maps are all for sub-6GHz coverage. AT&T’s mmWave service is already available in parts of 21 cities and will reach 30 cities in early 2020. There are no maps for the mmWave service.

AT&T claims 5G will be available to “tens of millions of people” with its nationwide 5G coverage (Psst, the US has 327 million people, what about the rest?).

Beginning November 25, people can pre-order the Samsung Galaxy Note 10 Plus 5G, which will be the first AT&T 5G phone. The Note 10 Plus 5G is simply a 5G-enabled variant of the standard Note 10 Plus. Other than the 5G radio (Snapdragon X55 modem), the 5G Note 10 Plus is identical to the version that’s been for sale since August.

It’s a killer phone, one of the best of the year. The Galaxy Note 10 Plus features a 6.8-inch screen, Snapdragon 855 processor, 256GB of storage, a triple-camera arrangement on the back, and of course the S Pen.

AT&T’s 5G business customers have access to a mobile hotspot. The company has not specified if or when more 5G products will be available to consumers.

Right now, this is in line with the offerings from Sprint, T-Mobile, and Verizon Wireless. Sprint has two 5G phones, the LG V50 ThinQ and the OnePlus 7 Pro 5G, while T-Mobile and Verizon both offer the Samsung Galaxy S10 5G. We can expect to see a wave of 5G products announced in January during CES and February during MWC.

How much for those super fast AT&T 5G bits?

Customers who subscribe to AT&T’s Unlimited Extra or Unlimited Elite plans will be given access to 5G at no extra cost. These two plans carry price tags of $75 and $85 per month, respectively, for a single line. Adding more Unlimited lines, and signing up for auto-pay and paperless billing will result in some savings depending on how many extra lines are added.

These numbers are in line with what AT&T’s competitors are charging.

Now that all four major carriers in the US have 5G on the table, the real fun begins. It will be interesting to watch the carriers’ coverage, speeds, and device rosters grow over the next six months.